Planes, trains, and automobiles … wait, make mine the Hyperloop!

I have been a traveler all my life and absolutely loved it.  Most of that travel was while I was growing up, in high school and college, and then graduate school.  Some when I was first married.  I have a lot less time to do it now and the urge has abated.

One reason is, I really have never felt safe flying.  It is some sort of phobia, as well as the fact that I like to be in control and at 30,000 feet one is pretty much stranded.  I remember the exact time it started, too.  My mother and I were on our way back from Italy.  We were on  a 747 and suddenly, I was terrified of being on that plane.  I have scoured my brain to figure out what triggered the development of this fear so suddenly and can only think it might have been a delayed synapse snafu from the time I pulled a log out of the top of the fireplace woodpile at my parents house and the buzz-saw on top fell on my head, causing me to have 23 stitches.

I think it was cured the last time I visited family in North Carolina a couple of years ago.  It was the evening and a violent thunder storm blew in complete with lightning, torrential rain and gale-force winds.  We were sitting on the tarmac and I was looking out the window (the seat over the wing, of course, the safest place to be, right?).  I had just carefully counted the rows to the exit door in front of me, had my gas filter mask (yup, I have an orange face mask that you don when the plane has crashed and you have those 90 seconds to get out – I got one for everyone for Christmas one year — that is how fanatical I can be) right under my feet in my carry-on, while flashes were dancing all around the plane.

One of the stewardesses came slowly down the aisle anxiously (my perception) eyeing our seatbelts.  I screwed up the courage to ask her something like “Is it ok to take off in this kind of weather?”.  I expected her to say, ‘Oh yeah, no worries at all, we do this all the time.  Have some peanuts and chillax‘.  Instead she leaned in and whispered, horribly, “To be frank with you, no.”  HUH??? I literally felt myself melt down into the seat like the Wicked Witch of the West.  Then I ordered two glasses of white wine (I never, never drink) and downed them like shots.  Of course, I got terribly ill (held it together though – just dizzy, perniciously nauseous and fuzzy-tongued).

After I got off that plane I vowed to get hold of this phobia and I am happy to say, it is pretty much gone.  (But have you noticed that the seats are only like 18 inches wide or something now? And I have heard they are going to make some restrooms credit-card operated!) I am not in a big hurry to fly, if I don’t have to, nonetheless. 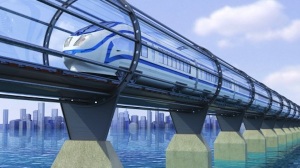 When it comes to cars, well, I have a love hate relationship with them.  Not the cars themselves, I have loved all my cars.  Driving.  I have never liked it. If I were to have one luxury it would be a driver.  I don’t need a cook (something I liked to do once for a short while to satisfy myself I could and now almost never do – I have found a willing ‘chef’ 😉 instead) nor a housekeeper (had them, another whole drama for some future post).  I need someone to take me around Los Angeles in the three-hour traffic snarls that arise for no reason when you are just traveling 60 miles in any direction.  Not that I haven’t been behind the wheel myself a lot over the years, just sayin’… 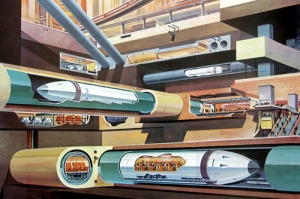 That leaves me with trains. I love them!  I don’t ever feel a bit of apprehension boarding a train.  I have loved the TGV in Europe and am really looking forward to the High-Speed Rail that is supposed to debut in California some time in the next decade (if people like my neighbors in SCV don’t keep applying a monkey wrench to the spokes, that is).  I’ve taken our Metrolink here in LA, NY, of course, where I rode the subway all the time – the best way to get around, albeit a bit grubby and acrid.  The Paris Metro is just beautiful, and silent, running on rubber wheels (you just hear whoooooossshhhh) and clean as was the London Underground.  I have taken Amtrak across the country, the northern route that goes through Utah and Chicago and plan to take one to New Orleans next year.  Then there was a midnight train I rode between São Paulo and Rio de Janeiro once, an elegant old line with a moon roof, outfitted just like the Orient Express.  Here is someone who has explained this ‘ferrophilia’ (I think I coined this one myself) quite aptly:

But, to top it all off, is Elon Musk’s Hyperloop, that has gotten a lot of buzz this week. I think it is a really exciting prospect, seems cost-effective, projected to be a tenth of the high speed rail project locally and a lot safer. At 700 mph, the Hyperloop would whisk me from Valencia (Newhall) to San Francisco in 30 minutes.  Second to NY, I love the Bay area, Oakland in particular, so I could theoretically commute between the two on a daily basis and then, say, pop over to Carmel and visit Joan Fontaine and Clint Eastwood (well, maybe not Clint) for lunch (ikr).

Now all I have to do is get an outfit so I can withstand the g-forces :-).

← The religious wrong
Inveighing in →

6 Comments on “Planes, trains, and automobiles … wait, make mine the Hyperloop!”