This week, as I mentioned in my last post, I want to talk about a topic that has interested me for the past year so I will be turning to it a bit farther down.  But, it also dawned on me that I might want to segment or further organize these posts to enable people to read about what they might find interesting and avoid my excess verbiage.

So, what I will probably do from now on is start with a section about my week in the rear view mirror (I am still searching for the appropriate heading) and then talk about a topic that interests me based on whatever is current.  That would include today’s subject but also the current events of the week.  I will try not to make it too heavy (as I tend to do) and was toying with a silly heading like Jolly Hebdo (for those who didn’t make the connection, Hebdo is short for hebdomadaire or ‘weekly’ in French). But that might be stretching things too far. And a lot of stuff won’t be exactly jolly. I don’t want to be irreverent. Oh well.

And of course, I will be putting in a week’s worth of photos from my Flickr photostream, so anyone who just wants to look at those and shut off my gabbing will have something to do here. 😉

This was a boring week. I have a huge research assignment about nutrition and nosocomial infections and their psychological impact on healing in children — riveting, I know. There were a few dust-ups though.  One was with the Houstapo (our HOA).  We got an email from them saying that there had been mail theft and a car break-in on a block near ours. The homeowner saw it and captured it on his security camera, turning it over to the local Sheriff. So, once again, a crime incident in this once safe and still affluent neighborhood. I was chewing this over with Geoffrey and we both agreed we hadn’t seen the security service patrolling our street in a long time.  Given all these incidents of mail theft and home invasion robberies in the past six months, I wondered if the two were connected.  When we moved into this house, we had a great management company that worked with a reasonable HOA Board at the time and we had a wonderful security company as well. 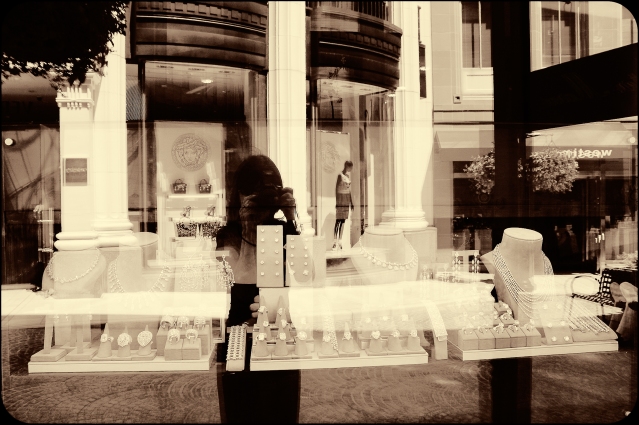 Well, to make a long story short, I called the nymphette who is our current rep at the management company and was informed that the Board made an executive decision to do away with security patrols altogether. You don’t want to know the exchange I attempted to have with her.  For one thing, we never had any crime here at all, it seems, when the security company was on board. For another, our dues did not go down after they fired the security patrol. So, hmmmm.  I was informed icily that I could attend a board meeting and complain. Uh, no thanks. I know those folks — they are homeowner-blind and -deaf to put it mildly.  This is the ‘you’re on you’re own crowd’ that rules in Valencia.  So, it is up to us to ring our property with high walls, spikes on gates, don our combat uniforms and duke it out with the thugs ourselves, like a Banana Republic. Lovely. 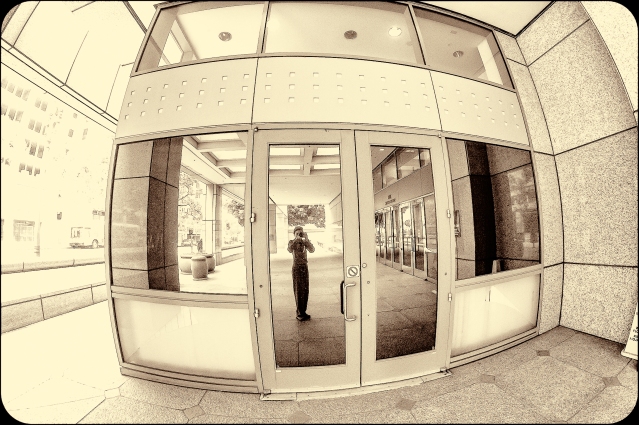 I also had a run-in with one of our banks because inexplicably they held a check from a private NYC bank, without warning and with no notice as to when the funds would be released.  This is the same bank that allowed some hacker into my account causing me hours of hassles straightening out the unlawful charges that hacker made. Now I keep a low balance in that one, which may be why they held the check. Naturally the woman from the other side of the world who called herself Millie, could only read me a script from her English manual provided by this institution (one of the ones we taxpayers bailed out in 2008) and concluded from her astute takeaway that my problem was I needed to “build trust over time” with this Illustrious Financial Treasure Chest and then maybe they would “honor my deposits”.  I have been with that bank for 20 years, never had a bad deposit or check. Sigh. 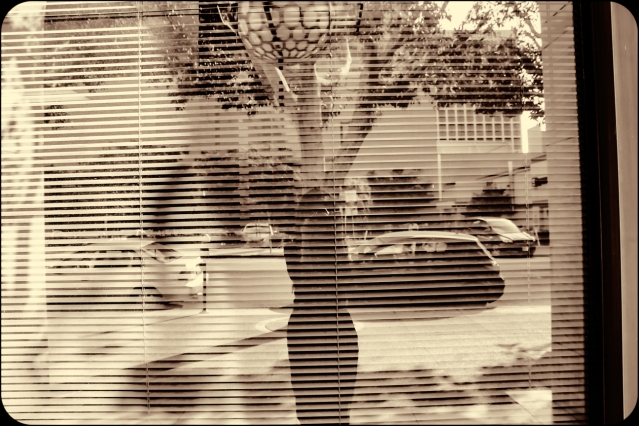 When I started including shots I took of myself in windows while out taking pictures of other things for my Flickr page, someone told me that I should keep inserting them in my photostream impromptu, that it would be reminiscent of the famous photographer Vivian Maier.  I had never heard of her because I was and am a relative newcomer to serious photography.

But since I want to do candid street photography (when and if I can ever afford the astronomical lenses for my D800), I thought I should familiarize myself with Maier’s work.  I immediately loved it.  She is Diane Arbus without the freak aspect that tends to repulse me (although Maier throws in a few of these from time to time, too).  Mostly her work evokes emotion rather than distaste.  While I do aspire to this kind of naked-truth photography, I don’t like ugliness.

But here’s the deal.  Maier’s work is now mired in legal battles and controversy.  I don’t have enough room here to give you the full 411 on her background.  Suffice to say, summarily, she was an eccentric loner who worked as a nanny and secretly took thousands of pictures in her spare time.  A young Chicago realtor who was interested in his neighborhood purchased a box of negatives from the unknown (at the time) Maier’s abandoned storage unit.  Once John Maloof started looking at the contents of his purchase, he realized he had a genius at his fingertips and sought to collect everything he could and find her to ask her for permission to share her work and to fill in the gaps in her mysterious story.  She died a few days before he found her last known residence.  She was intestate.  Still, Maloof sank his own money into a journey of re-creation, fitting together pieces of the puzzle, and discovery including trips to her mother’s village in rural France where he located a distant cousin who claimed to be her only living relative.  He gave that man the rights to royalties and continued to prepare collections and do research.  There have been gallery showings, books, films including the documentary I embedded above (it’s the trailer, the full film was on Showtime earlier this month and is truly worth watching – John has been nominated for an Oscar) and other media events, making Maier one of the world’s most recognized and admired photographers. Maloof himself has a very modest Flickr page.

Ok, here is the problem though. At some point, some Virginia lawyer took it upon himself to investigate Maloof and find some other heir to challenge Maloof and his contact in France for the rights to Maier’s images and other property. After all the work that Maloof did and his attention to doing the right thing (in my view), this man came out of the blue and put a stick in the spokes.  Everything Maier was taken down or halted or held up while the legal wrangling grinds on.

What do you think? Was Maloof justified in doing what he did? Should the lawyer have gotten involved and stopped Maloof? It is an interesting dilemma and you might need to read or see more, if you care to, to form an opinion.  The lawyer says Maier never wanted her work to be made public.  Maloof has found much evidence that she had planned to publish it all but just never got around to it (she was always bogged down in collecting objets and shooting more candids). This article gives a bit of background. And you can read this to get some insight into the lawsuit. It seems apparent to me that Maier craved attention and would have relished her current fame.

Personally, I can’t imagine what would have happened if John Maloof hadn’t bought that one little box of negatives on a whim, for a few hundred dollars and been so sensitive to its contents. If only we could talk to Maier and discover what she intended for her work. I for one am studying it carefully to see what it is that makes it so magical and compelling.

Images: Beth Byrnes archives: selfies taken over the past two years or so

← As the world churns
Snofu →