Meet me in San Luis

Coincidentally, this week, the LA Times had an article about the Central California Coast entitled: Nature Meets Luxury.  Isn’t that the truth! I am devoting the entire summer to it, not for the luxury, but for the beauty. 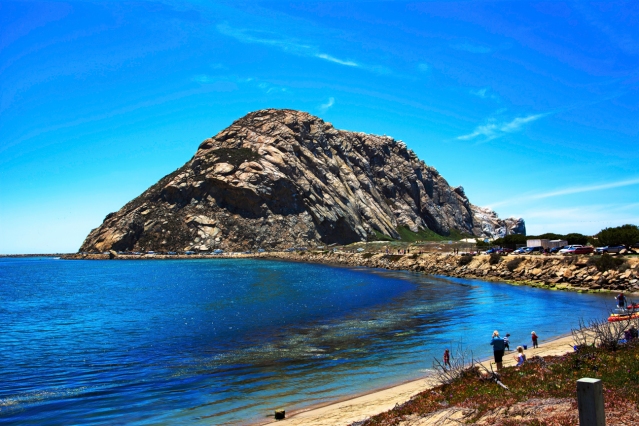 Let me start this ad hoc post today with an apology: it may seem tossed together as my mind is a bit scattered right now.  It is crunch time which, for me, means either I am getting ready for a trip (ugh, one scheduled for September) or to receive visitors. This week it is the latter. Deanna and Annabelle will be here next week and staying for awhile.  So, who knows what I will be able to cobble together in the way of posts.  I beg your indulgence in advance.

This weekend will be all about cleaning and shopping.  But for the past two months, we have been scouting places to entertain people for the next six months or so, as well as looking for eventual retirement spots.  We have pretty much ruled out any state outside of California. Despite the threat of drought and the sky high prices, we pretty much plan to be here forever. Geoffrey can’t retire any time soon, and that translates to, wherever we are has to be in striking distance of his office and building Downtown, LA.

So that means, in turn, we probably cannot move for quite awhile.  I don’t know why I keep thinking about doing that anyway. We have a pretty, comfortable house in a lovely upscale area. Likely it is because of the heat and wanting to be among more like-minded people. Valencia is beautiful in a manicured way. Every bit of vegetation has to be artificially supported with water and fertilizers and pest-control because it was wrangled right out of the chaparral and desert. Only money can do that, and money is what keeps Valencia livable. But, as we are discovering, it is cheap at the price by California standards. 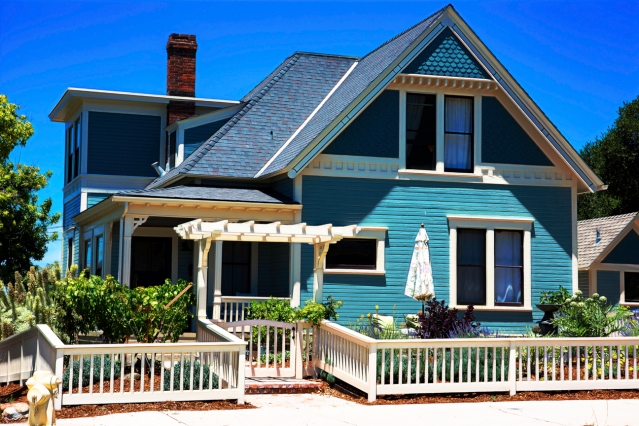 I love Downtown, but I am not ready to be in a condo again.  Plus, at night, still, DT is dangerous to a degree where I would not feel comfortable walking the dog late, the way I did when I lived in Manhattan.  DT has just gotten to the point where it is a hot commodity, loaded with stuff to do and gorgeous renovated apartments that are already far too expensive, but not to the place that NYC is, where neighborhoods shelter you from the intrusion of crime. Maybe another decade and it will be there.

So, where else? The South Bay? Uh-uh. No way.  The InFirm are there. Plus, the crummiest little shack is three quarters of a mill. And, it is closer to the South than the North and I am a Northerner, through and through.

Nope, I chose Valencia to place us on the conveyer belt that is the 5N, in the hopes that somehow I would wake up one day and find our house nestling into a lovely hillside in the East Bay of San Francisco.  Hasn’t happened yet, but you never know — we are all rockin’ and rollin’ on subterranean plates.  Hope springs eternal. 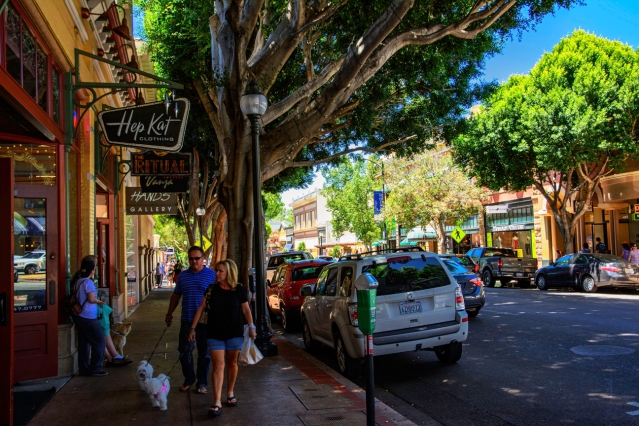 Now, I love Pasadena and have lived there briefly.  But, Pasadena is for visiting unless you are a true, old money blue-blood. There is no place to live in Pasadena, under a million dollars.

The Valley is a tomb, as far as I am concerned, and a hot one at that.  Nope, points north only.  OK, so where? Where that is within driving distance for now, of DT LA?

We tried exploring Santa Paula and for a brief moment, I thought that made sense. But, the housing prices are similar to Valencia — high, not out of reach — and I am not crazy about being on Route 126.  It just seems boring and farmish.  I am a city slicker by birth.  If I were to get a farm, I want one in Carpinteria, overlooking the Pacific.  We have friends who bought an avocado farm there and custom built a stunning house that blends into the landscape and enables them to have breakfast watching the whales migrate, and dinner overlooking the twinkling lights of the city.  They are our age, but don’t have to work. So, that’s out.  By the way, we are attending a wedding on an estate there in the fall, so I can share Carpinteria, if I have the presence of mind to take pictures while teetering around lawns on stilettos, not my strong suit.

I shared Solvang, but that was not a candidate for the big move some day. That is a place to take people at Christmas.

Next up, taking the 101 North, I wanted to reacquaint myself with San Luis Obispo, as I mentioned last week.  We did the trip in reasonable time and I wandered around with all three cameras, snapping hundreds of pictures.  It has taken me so long to process them, that these are only the first few. The rest will be on Flickr soon.

Continuing along with my theme of Hollywood bombshells to use as avatars for beautiful cities in California, if Santa Paula is Ava Gardner, and Solvang is Scarlett Johansson, then San Luis Obispo is Naomi Watts: versatile, uninhibited, quirky and toned.

Just a brief word or two about SLO, SLO-town, as the locals call it with the most positive of meanings.  In fact, I sort of visualize a Sloe Gin Fizz when I hear that term, largely because I drank a few of those in my reckless youth at college, despite hating the taste (to this day and from the beginning) of alcohol. That drink is the perfect imagery that synopsizes SLO on the Central California coast.  A college town, reeking of NoCal atmosphere: laid back, perfectly humidified at 40%, with Barcelona weather, i.e., mild, breezy, sunny all year long.  Just a short trek to the beach from the center of town, loaded with kitsch and funk.

A stream meanders through the city, florified naturally with a swathe of verdant woods. It gives the whole place a Berkeley sense, complete with slumbering vets, who gravitate to college towns for the free food that many of the venues give them and secluded niches to catch a nap. This is a place to slouch around aimlessly, simply enjoying life in a relaxed, earthy atmosphere of acceptance and diversity. The whole place seems awash in the soft colors of blue sky and warm beaches.

San Luis Obispo is an artist’s dream.  Not only is the surrounding area gorgeous and downright inspirational aesthetically, but, there is a thriving market for folk art and crafts. In additions to stalls in various places on certain days, there are stores abounding in local merchandise, all hand made. Sculptures appear all over town, as do museums.  I think this is quite characteristic of Northern California, so I would say that the lower edge of NoCal is San Luis Obispo.

If you did not need LA or SF and did not have to commute, SLO is the perfect spot, half way between the two, and a stone’s throw from Big Sur and then Carmel.  Truly, if money were no object, I would live in Carmel, California.  I cannot describe it adequately until I go up there again and take a slew of pictures, which we plan to do eventually. It is the only true paradise, outside of the Smoky and Blue Ridge mountains in the Southeast, that I know of — and I have been in virtually every state in the USA. Ok, Ok, throw in Positano. Oh, I will also say, Vancouver Island, Canada, which has to be the place the gods vacation, it is so breathtakingly beautiful.

Prices in the area are high but not insanely so.  Plus, there are all kinds of housing as with most college towns (California Polytechnic Institute, SLO — there is one in Pomona, east of LA, too.).  SLO is an old Franciscan mission town, so there are many old buildings and sites to visit that give one the flavor of Spanish California, if that is your thing.

Perhaps most important, is its proximity to miles and miles of wild, stunning, windblown, bird-crying sands and seas.  You would have to stand at Morro Bay to appreciate the sounds that natural ocean areas enjoy.  We spent over two hours just drinking it all in, as if by absorbing it we could bring it home and let it filter through the garden and trap it there forever.

SLO is out for us for the interim, though.  It takes three hours to get up there, but the return would be four hours with traffic, since much of the 101 is a two-lane road.  In fact, the ongoing clean-up from that spill in May has virtually turned the southbound 101 into a parking lot, every day, from 1 pm until after dark. Clearly, if you want to live on the Central California Coast, you had better work locally or be independently financed.

Visit my Flickr page for more photos and info on SLO.  Next up, another candidate for our retirement some day, but it may be dicey to write it up for next Friday, with our little princess around.  I will keep you posted. Thanks for being so patient with me right now (well, more than usual, right? hee hee).

← Holding on~
Domicile, not dominion →