It’s Thanksgiving week as we all know. And, I could have prepared a feel good piece about how Geoffrey and I celebrate at a table filled with delicious, ethical seasonal fare such as pistachio risotto with roasted root vegetables and cornbread stuffing with porcini gravy and maple-sweetened yams. But, I am feeling too serious for all that.

I will make this brief.  As we sat around chewing over the disastrous outcome of the recent election, and listened to Free Speech TV — the only talking heads I can bear any longer, i.e., Stephanie Miller, Thom Hartmann, Bill Press and Amy Goodman — it gradually dawned on me that nothing we can do now or in the future will change the morass we find ourselves in.  In fact, I now recognize that we, in America, just like the rest of the world, have been enduring these political boom/bust cycles for the past few thousand years.  Around and ’round we go on the gerbil wheel, deluding ourselves that this 21st century is any better than any before it.

Let me boil it down and if anyone cares to challenge or amplify it, I welcome your input, as this is a short week and at our house we are in the throes of holiday prep.  We will be spending it in Los Angeles and then I will be in San Diego for most of January, so my writing and photography will be subject to my new computer equipment and abbreviated time to do both. I hope to stick to my two week schedule, but don’t hold me to it.

Part of the reason I blog is to share my enthusiasm or my discoveries in all the arenas in which I dabble: crafts, photography, gardening, nutrition, decorating, music, higher consciousness, and politics.  What is the point of another blithe piece on any one of these when the realization that we are just fooling ourselves into thinking there is real progress is just that: foolish, silly, and deluded.

I am not a depressive type by nature, so believe me when I tell you I am not sad about this, nor down, nor dejected, nor defeated.  I am more resigned, accepting and sobered by it.  Life goes on. I have lots of hobbies and activities that keep me busy. I am an acquisitor, as I have joked about extensively. Name the item and I have at least 100 of them. No foolin’. I say this not with pride, but with astonishment. Stuff just arrives. Good, nice stuff that I really like. Like my new computer and all the bells, whistles and gimcracks I got to go along with it. Like all the bling and shine and color I add to my wardrobe, my home, my accessories.  That’s enough to keep one person occupied.

Unfortunately, I am cursed with an inquistor’s mind. I think a lot, love to study, want to know what is true, to look at the sweep of history and learn lessons from it. From my own errors, achievements and those of others.  That is where I think I have been stuck and as a result have fruitlessly expected the right, the good, the true and the beautiful to prevail. But it hasn’t.

And why do I say this? Because, despite our evolving intellect and psyche, the reins of power remain in the hands of the very few, the owner class, that much overworked but accurate term, the plutocrats/oligarchs, and has done so for thousands of years.  It is no different today than it was in medieval times when powerful landowners bullied and terrorized their way to scooping up treasure from those less powerful, to the colonial times of the Founders here when the fortunes were made on the backs of free labor, conscripted for the purpose of making a handful of European overlords exceedingly rich, to the current fossil fuel hegemons, the so-called petro-billionaire class who are loyal only to their billions, who depend on a duped, doped, docile army of workers, toiling at near slave wages, to continue building their obscene wealth and immutable power.

If this makes me sound like a communist or a conspiracy-theorist, I am neither. I do like a Scandinavian-style capitalism, in a peaceful (anti-bellicose), verdant, egalitarian social order but have long given up that we can have it here. To see Europe and the United States taken over by right-wing Nationalists is to set my personal idealism back 30 years. While I am at it, the world doesn’t think The Leader is stupid, they think the American voters are. 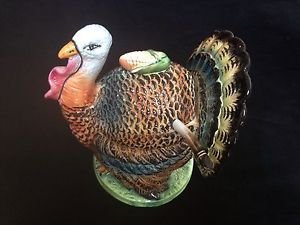 Who is better off? The supposed adherents to the “white-lash” myth, who believed The Leader would be a change agent and who, to this minute, refuse to see that he is filling our government with the very thieves and crooks and liars that caused their misery in the first place? The self-same group! What is the matter with Americans? Can’t they see that they are being abused all over again and actually partnering in it willingly?

Or are we so-called bi-coastal ‘elites’ (hah!) happier in the knowledge that we, with our lofty principles and untrammeled notions of the inner goodness that comes self-illumined, just threw away the next 30 years of progress with both hands? The election was stolen through a variety of means. Those of us on the ‘left’ know exactly what they were. People on the ‘right’ refuse to acknowledge these techniques. (Anyone here forgotten those tricks? Just ask and I will refresh you on them, but in a nutshell: voter purges and suppression). We watched the oligarchs use their toadies to pull this off and we did and said nothing. This is what a modern day coup looks like, folks.  We should demand a recount of Wisconsin, Michigan, Pennsylvania and Ohio. But Democrats being the elegant people they are, will likely not do that. Just imagine if the situation were reversed.

The public was lured down this dark road by the promise of jobs. Really? The Leader is promising fossil fuel jobs. That industry is being mechanized. It has little or nothing to do with trade deals or the world, it has to do with improved technology supplanting costly and inefficient human labor. The Leader cannot bring those jobs back, it was and is a lie.  Our Candidate promised jobs associated with the booming clean energy industry, but coal miners and frackers would need new training. That frightens them, so they ignored its promise. Other advanced countries are already eating our lunch in that sector, among them Germany and China, for heaven sake. But, The Leader and his backers in the fossil fuel field (Robert Mercer, a Koch crony, bought this election and got the puppet of his choice appointed to the highest seat in the land. It might as well be Mercer himself in the White House) don’t want to relinquish the feed bag and certainly not to any public works or middle class!

The Leader is also jumping in front of the infrastructure parade, giving himself credit. And what do you think he will do? Privatize it and put up toll roads! Duh! Our Candidate would have made this a shared bond-issue project from which all communities would have benefited at the individual and collective level. You decide which you would have preferred.

Which is worse, the drug of stupidity or that of superiority? We progressive post-modernists were so sure that when the oppressed considered their choices between a fascist and a proletarian, they would obviously know which to choose in their own best interest. Did they? No, into the mouth of the dragon they marched, willingly and cheering, wearing the beast’s colors proudly as they went.

Sorry. I know I have a lot to be thankful for, and I am, believe me. I begin and end every single day reflecting on these.

What I won’t be doing ever again is believing that anyone outside the tight circle of the powerful can have the society we were all promised. The only way these people can maintain their pinnacle is on the backs of modern-day slaves, and slaves we are.  All we can do is decorate our slave quarters, both physical and mental, and survive in them.

Despite this, I am happy. Perhaps that is because I can afford to be. I will weather this latest cycle of Thatcher-Reaganism. Though a slave myself, I am one of the more accepted among them: an Irish Catholic woman of modest means, who toes the mark and only protests in futile academic words that most can ignore as being tiresome, dull and abstruse. So be it.  Maybe I will wake up in another life, on Mars, and be too busy scrounging for oxygen to notice that it is the same world order there as here, then as now and was.

38 Comments on “Eschew on this”